Back to top
0
News

Elie Oriol, explorer of the cerebellum, at the interface of physics and biology 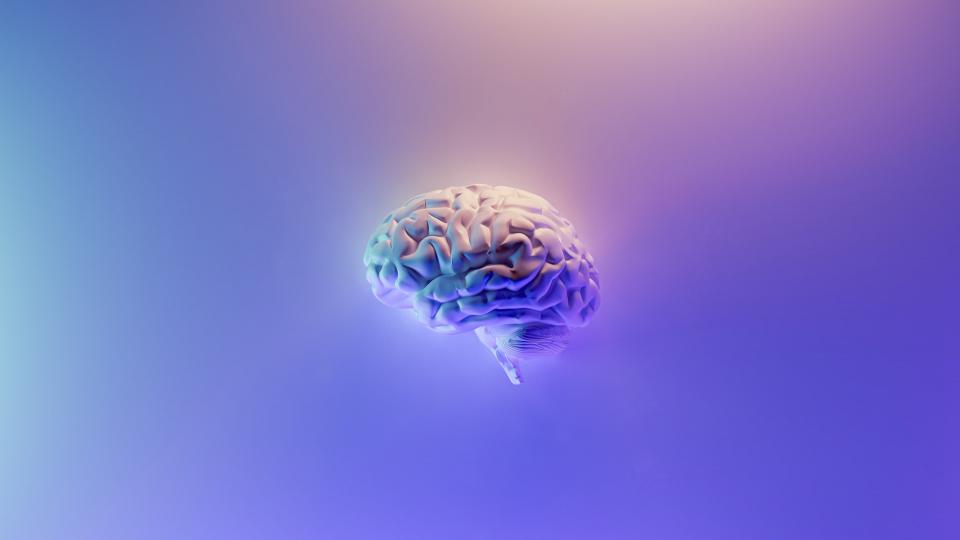 Elie Oriol, a doctoral student in the Biology Department at the ENS, was keen to apply physics to the field of health and to humans. "I wanted to go into research, but I wanted to be able to feel the impact and usefulness of my work in a concrete and explicit way," explains Elie. So what better way than to look at a complex, systemic system, made up of interactions and learning: the human nervous system?

Neuroscience as a goal

After a preparatory course, Elie enters the Polytechnique school. On the benches of the X, Elie dreams of neurosciences. First of all, because they mobilize different disciplines: biology, chemistry, mathematics, computer science, physics, but also social sciences.

But also because the discipline is recent, in full evolution, with many challenges still to be met: "The tools have evolved a lot since the 1990s. Today, we can carry out many experiments that we could not even do a few years ago. And there are many things we don't know yet," Elie enthuses.

In his fourth year at Polytechnique, he entered the master's program in theoretical physics at the ENS in the field of the application of physics to biology. He then met Vincent Hakim, director of research at the CNRS and LPENS, who was looking for a doctoral student on the theme of physics models for learning, in conjunction with biologists at the IBENS, in particular Boris Barbour's team.

"I really liked doing a thesis that involved theory, while being in contact with biologists, who do experiments, process data and observe how systems behave. We can then, in light of these results, establish theoretical models."

The cerebellum, a field of collaboration between biologists and physicists

After an internship in the physics laboratory of the ENS directed by Vincent Hakim, Elie begins his thesis in September 2019.

Entitled "Neural learning with perturbations and a global error", it focuses on understanding the precise functioning of neurons and synapses involved in learning a task.

With a playground located at the base of the brain, where most of the motor functions* take place: the cerebellum.

"The interest of the cerebellum is that it can be associated with simple tasks that can be performed by mice: we can, for example, plant electrodes in appropriate places in the cerebellum, where we think things are happening while the animal is learning a task.

Observing the functioning of neurons is the work of biologists, who will send stimuli (light or sound) to mice before sending them, a few milliseconds later, a sudden blast of air in the eye.

The mouse will thus learn to gradually associate the sound and the light with the air blast that occurs next, and thus learn that it is necessary to close the eyelid in anticipation.

The neurons involved in this learning process have now been identified.

"Boris Barbour and Vincent Hakim have built a theory on learning in this area of the brain, by defining how the neurons modify their activity over time, depending on the information they receive: in particular with an unpleasant stimulus that constitutes a problem. My role now is to conduct the analytical study and try to understand how the different elements converge according to the parameters of the system," explains Elie.

What is the learning speed, can it be predicted? How can we optimize this system? How can we correct a malfunction?

This work will make it possible to answer these questions and to foresee numerous applications, particularly in medicine.

Apprehending the long time of research

To the question "what gap exists between your vision of the thesis work before starting it and your hindsight on it today?", Elie answers straightforwardly: "Research is a longer process than I thought!"
Gradually, Elie has indeed integrated the long time of research, in a field at the crossroads of disciplines.

"We can't use ready-made mathematical toolkits to solve our problems. We have to do a lot of theoretical work, trying to understand how we can analyze a system involving randomness, which is very little described and documented in the scientific literature:

In this constantly evolving field, Elie had to develop his own tools.

"I couldn't find equations in another paper that had the same form and scientists who had found techniques to use them."

His main discovery during that first thesis period? The algorithm he developed offered a new approach to existing ones that were fast and efficient but that the brain could not implement.

"Our algorithm is not the most optimal one, but it is faster than originally thought and, most importantly, it is plausible: this means that the cerebellum could implement it."

The olive and the cerebellum

But Elie does not want to stop at the study of the functioning of the cerebellum. He wants to go further, or rather deeper, by studying the bulbar olive, an even set of nuclei located in the center of the cerebellum.

"The olive is a very poorly understood structure, which has a particular structure, very different from the rest of the brain. The way in which the olive functions is very poorly described. The olive is not just a simple relay of error, there is a mechanism that we don't understand at all."

To better understand how it works, Elie is modeling the activity of neurons in this area in light of experimental data that has existed for a few decades.

The applications of this study could contribute to a better understanding of Parkinson's disease; the oscillation disorders specific to this disease are indeed localized in the bulbar olive.

But Elie remains humble and sees that there is still a long way to go: "But we are far from it, today we are more in the pure description of the system.

Biologists and physicists hand in hand

How does Elie feel about the close collaboration between scientists from different disciplines, especially biologists and physicists?

"We are in an increasingly specialized science and bringing many people together allows us to expand the possibilities. It allows us to complement each other and learn from very different fields. When I'm in a meeting with biologists, they'll be able to explain things to me that I wouldn't have been able to understand on my own."

Sharing knowledge is the driving force behind scientific production, but it is also a permanent enrichment of the ways of working with other profiles: "What is also interesting is the different ways of thinking: physicists will think in terms of energy and entropy, whereas biologists will have a completely different way of perceiving a system. An "easy and fluid" collaboration for Elie, all the more natural since many biology researchers at the ENS come from physics.

When asked how he perceives his work as a researcher, Elie immediately mentions the freedom it provides: "No one gives me a schedule or puts pressure on me to achieve objectives", but also its antagonism: "You have to manage your work in a very individual and autonomous way".

With a crucial factor: trust: "I really appreciate the fact that I am free in my work, to explore the issues I want. We are trusted with the relevance of what I see and what I propose. it's very precious!"

After the cerebellum, the planet?

With the end of his thesis scheduled for September 2023, how does Elie see the future?

*Although recent findings show that the cerebellum is also involved in cognitive processes.

Be the first to review this item, please login or register. 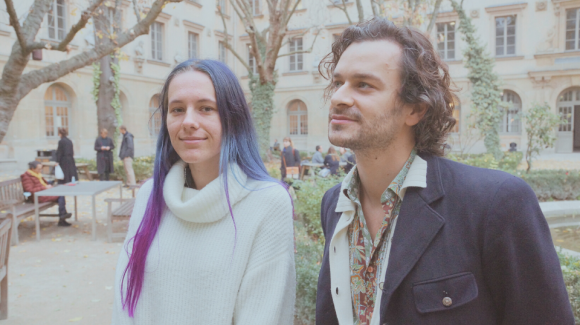 Mariia Legenkaia and Sebastien Wolf : when physics and biology meets 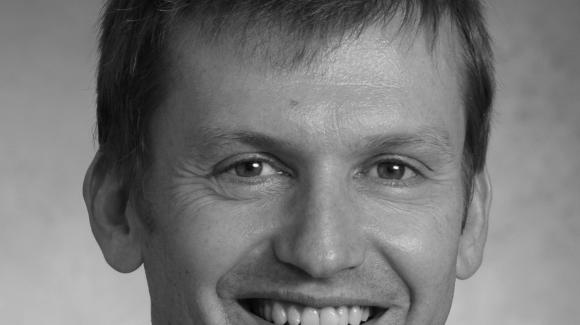